Find out more about the Buteyko Breathing Method

Many research studies have been carried out all over the world. This accumulation of research evidence has led Buteyko to be included in asthma management guidelines alongside other breathing re-education techniques. An extract from the BTS/SIGN guideline and a list of the research trials can be found below.

BTS/ SIGN Guideline on the Management of Asthma (2016) This Guideline is jointly produced by the Scottish Intercollegiate Guidelines Network (SIGN) and the British Thoracic Society (BTS). The Buteyko Breathing Technique and the Papworth Method are the only breathing techniques mentioned by name within this guideline.

Evidence for BBT and the Papworth Method is classified as 1++, which is the highest classification, indicating the evidence consists of high quality meta-analyses, systematic reviews of RCTs or RCTs with a very low risk of bias.

“Behavioural programmes centred on breathing exercises and dysfunctional breathing reduction techniques (including physiotherapist-delivered breathing programmes such as the Papworth Method, and the Buteyko Method) can improve asthma symptoms, quality of life and reduce bronchodilator requirement in adults with asthma, although have little effect on lung function. These techniques involve instruction by a trained therapist in exercises to reduce respiratory rate, minute volume and to promote nasal, diaphragmatic breathing. Trials that include more than 5 hours of intervention appeared more likely to be effective. They can help patients experience of their condition and quality of life although do not affect lung function or airways inflammation. They should ideally be provided as part of integrated medical care.

There is currently insufficient evidence relating to other breathing exercise methods, such as yoga breathing techniques and inspiratory muscle training, on which to base a recommendation.” (p.61, BTS/SIGN Asthma Management Guideline 2016)

Recommendation: “Breathing exercise programmes (including physiotherapist-taught methods) can be offered to people with asthma as an adjuvant to pharmacological treatment to improve quality of life and reduce symptoms.”- Grade A supporting evidence (p.62, BTS/SIGN Asthma Management Guideline 2016)

Bowler et el (1998) Buteyko Breathing Techniques in Asthma: A Blinded Randomised Control Trial.  Medical Journal of Australia Vol. 169, pp.575-578. At 3 months the Buteyko group significantly reduced bronchodilator use by an average of 90% compared to 5% by control group. No significant difference between groups in hospital admission or oral steroid use. No change in oral steroid use or lung function in either group. Trial was criticised for providing greater input to Buteyko group compared with the ​control group.

Opat et al (2000) A Clinical Trial of the Buteyko Breathing Technique as Taught by Video. Journal of Asthma Vol. 37, No. 7, pp.557-564. Two groups of asthmatics, both groups watched a video twice a day for 2 weeks. The intervention group watched a Buteyko instructional video, the control watched a nature video. At 6 weeks the Buteyko group showed a significant decrease in bronchodilator use by 60% and significant improvement in quality of life, with improvements in breathlessness and mood. The control group increased bronchodilator use by 2.5%. There was no change in inhaled steroid use or lung function in either group and no difference in exacerbations, oral steroid use or hospital admission between groups.

Cooper et el (2003) Effect of Two Breathing Exercises (Buteyko and Pranayama) in asthma: A Randomised Controlled Trial. Thorax Vol. 58, No. 8, pp. 649-659. Compared Buteyko with the Pink City Lung Exerciser (a device which slowed expiratory flow) and a placebo group. The Buteyko group showed significant reduction in bronchodilator use and symptoms at 6 months, with no significant change in these variables in the other 2 group. There was no change in inhaled steroid use or lung function in either group and no difference in exacerbations, oral steroid use or hospital admission between groups.

McHugh et al (2003) Buteyko Breathing Technique for Asthma: An Effective Intervention. New Zealand Medical Journal Vol. 116, No. 1187. Designed to counter the criticisms of the Bowler et al, 1998 study. Bronchodilator use was significantly reduced in both both the Buteyko and the control group at 6 weeks, months and 6 months. However bronchodilator use was significantly lower in the Buteyko group than the control group at 6 weeks and 3 months. At all follow up points inhaled steroid use was significantly reduced in the Buteyko group, with no change in the control group. There was no change in quality of life or lung function in either group and no difference in exacerbations, oral steroid use or hospital admission between groups.

Slader et al (2006) Double Blind Randomised Controlled Trial of Two Different Breathing Techniques in the Management of Asthma. Thorax Vol. 61, pp. 651-656. Compared Buteyko with upper limb exercise combined with ‘controlled breathing’, which focused on relaxation and posture but not nasal nor hypoventilation. This was the first trial to advise the control group to use their exercises on the onset of asthma symptoms, prior to considering reliever inhaler use. Both groups significantly reduced their reliever use (86%) and steroid use (50%) at 3 months. Reliever free days increased from 6.7% to 53.5% in the Buteyko group and 8.3% to 55.3% in the control group at 3 months.

Cowie et al (2008) A Randomised Control Trial of the Buteyko Technique as an Adjunct to Conventional Management of Asthma.  Respiratory Medicine Vol. 102, No. 5, pp. 726-732. The largest Buteyko trail to date with 129 participants. Buteyko vs. breathing control and relaxation. At 6 months the Buteyko group had significantly reduced their inhaled steroid use, with no change in steroid use in the control group. Asthma control (based on the Canadian asthma consensus report) had significantly improved in both groups with the Buteyko group control increasing from 40% to 79% and the control group increasing from 44% to 72%.

Prem et al (2013) Comparison of the Effects of Buteyko and Pranayama Breathing Techniques on Quality of Life in Patients with Asthma- A Randomised Controlled Trial. Clinical Rehabilitation. Vol. 27, No.2, pp.133-141. 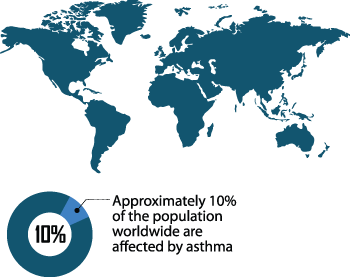 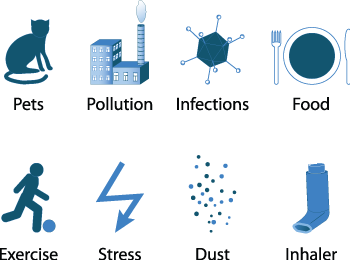 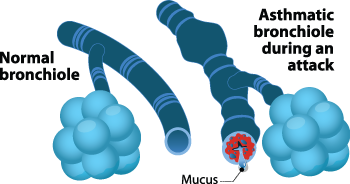 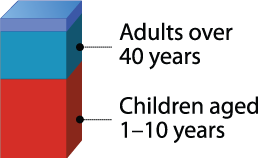